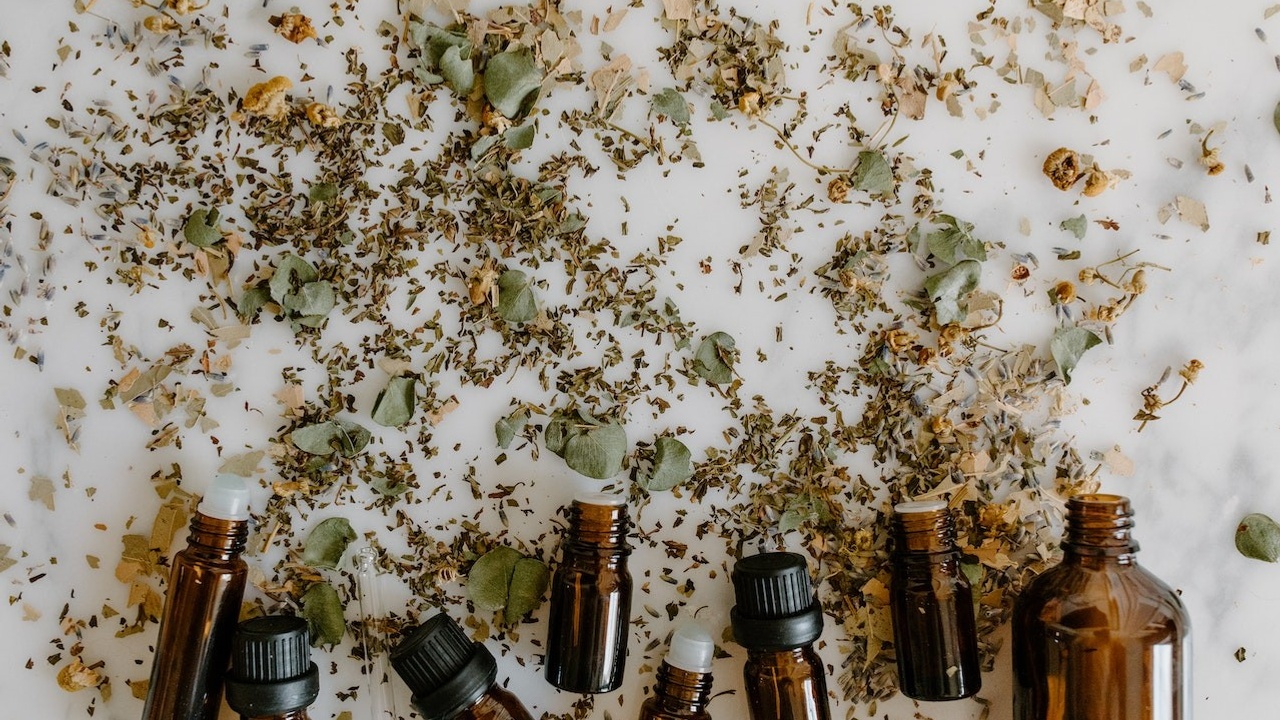 Small intestinal bacterial overgrowth or SIBO is what happens when there’s an overgrowth of bad bacteria in the small intestine. While there is always a community of bacteria working together in your digestive tract to keep things balanced, an overgrowth can cause unwanted symptoms that may turn into long-term health conditions.

SIBO is linked to other health issues such as leaky gut and inflammation in the digestive tract. When there are too many bad bacteria in your intestine, it can lead to many uncomfortable symptoms. The good news is that SIBO is treatable with natural remedies such as the SIBO diet and herbs. So, let’s break down what SIBO is, what to look for, and how diet and detox can help relieve SIBO symptoms.

What Does the Small Intestine Do?

When you’re dealing with SIBO, your small intestine won’t be at its best. The good bacteria will be working in overdrive to work against the overgrowth of bad bacteria, which can lead to many unpleasant symptoms within the body.

The problem is that many signs and symptoms of SIBO could also indicate other conditions. It’s important to consult with a naturopathic doctor that can help you figure out whether it’s SIBO or something else. Some of the main symptoms of SIBO to look out for include:

If you’ve been consistently feeling bloated and uncomfortable, you may be dealing with SIBO. Even if your symptoms don’t seem that bad, they can lead to further complications such as extreme dehydration and malnutrition. This is because SIBO keeps your small intestine from absorbing nutrients along with water into the body.

Your body is reliant on gut health for most of its functions. When the gut is off balance, other areas start to fail. When you develop SIBO, bad bacteria continue to grow and overpower the good. There are several factors at play that can make you more likely to develop SIBO, including:

The problem is that SIBO may look like other conditions, so it can be difficult to diagnose. Once you receive a diagnosis, a SIBO detox can help restore order in the gut. SIBO is typically diagnosed through:

You may be wondering if SIBO and leaky gut are the same issues. Well, not entirely. Research shows that if you’re experiencing SIBO, you’ll likely develop leaky gut as well. This is because both conditions have to do with an overgrowth of bad bacteria creating an imbalance.

When SIBO leads to leaky gut, it can cause autoimmune conditions such as Hashimoto's or rheumatoid arthritis. This is why it’s important to treat SIBO as soon as you notice symptoms to bring back bacterial balance.

If you’ve been diagnosed with SIBO, you know how unpleasant the symptoms can be. So, the first thing you’re going to want to do is to get the symptoms under control. This is going to help in the long run with treating the underlying problem.

Adhering to a SIBO diet is an excellent way to manage your symptoms short-term, but it’s important to have a long-term plan, as well. When you start with a SIBO diet, one of the goals should be to eliminate the bad bacteria. But it’s important to remember that starving bacteria for a long period of time could lead to getting rid of the good bacteria (probiotics). There is a delicate balance when doing a SIBO detox, and Dr. Ameet’s course can provide you with in-depth guidance!

A SIBO detox diet usually involves an elimination diet along with similar guidelines to the low-FODMAP diet.

What is an Elimination Diet?

An elimination diet is when you stop eating one or more foods that could be causing inflammation in the gut and more bacterial overgrowth. Don’t worry, an elimination diet doesn’t have to be an extreme effort. For example, your elimination diet for SIBO may simply be to get rid of sugar and see if that helps. You may not get it right on the first try, and you may go through trial and error with a SIBO elimination diet.

During an elimination diet, the low-FODMAP diet is typically recommended for SIBO. In fact, research has proven that a low FODMAP diet can treat IBS and other conditions that are linked to SIBO.

FODMAP stands for fermentable oligosaccharides, monosaccharides, and polyols. These are foods that the small intestine may absorb poorly, so eliminating them will help you kickstart a SIBO detox.

Foods to Avoid During SIBO Detox

Foods to Eat During SIBO Detox

As you can see, just because you’re on an elimination diet doesn’t mean you won’t have options! There are still plenty of things you can eat to create a well-balanced meal while on the SIBO diet.

Along with a well-balanced diet low in FODMAP foods, there are herbs to incorporate that will aid in a SIBO detox. You want to focus on using herbs with antimicrobial properties that kill off microbes and bad bacteria.

There’s an almost endless list of herbs that fit the criteria. When you’re deciding on herbs for a SIBO detox, they should contain one or more of these active constituents:

Berberine is a bitter and yellow-colored chemical found in several herbs. It’s known to kill off bacteria and aid in blood sugar regulation. You can find it in herbs such as:

Polyphenols are a naturally occurring substance in plants. They can be broken down into smaller categories, but we won’t get that complex. Herbs high in polyphenols are known to have anti-inflammatory properties which can aid in SIBO detox.

Essential oils are extracts from plants that are used in holistic medicine. WARNING: Taking excessive essential oils can be harmful for your health. Here are some essentials oils for SIBO that some health practitioners recommend:

Once you’ve begun a SIBO detox you’ll likely experience a die-off period. This can be uncomfortable, but worth it in the end. During the die-off period, SIBO symptoms can become worse for a short period of time. People typically notice increased bloating and abdominal pain. You may also be fatigued, or have a low-grade fever. It’s all part of the process during a SIBO detox while the bad bacteria die off and clear out of your system. If symptoms persist, please consult your medical practitioner right away.

To sum it up, a SIBO detox diet is a fantastic way to reduce your symptoms holistically. If you’re interested in learning more, sign up for Dr. Ameet’s free holistic medicine course! You’ll learn all about gut health, leaky gut, and SIBO. Another great resource is the book Heal Your Body Cure Your Mind, written by Dr. Ameet. Learn about SIBO detox to restore bacterial balance today! 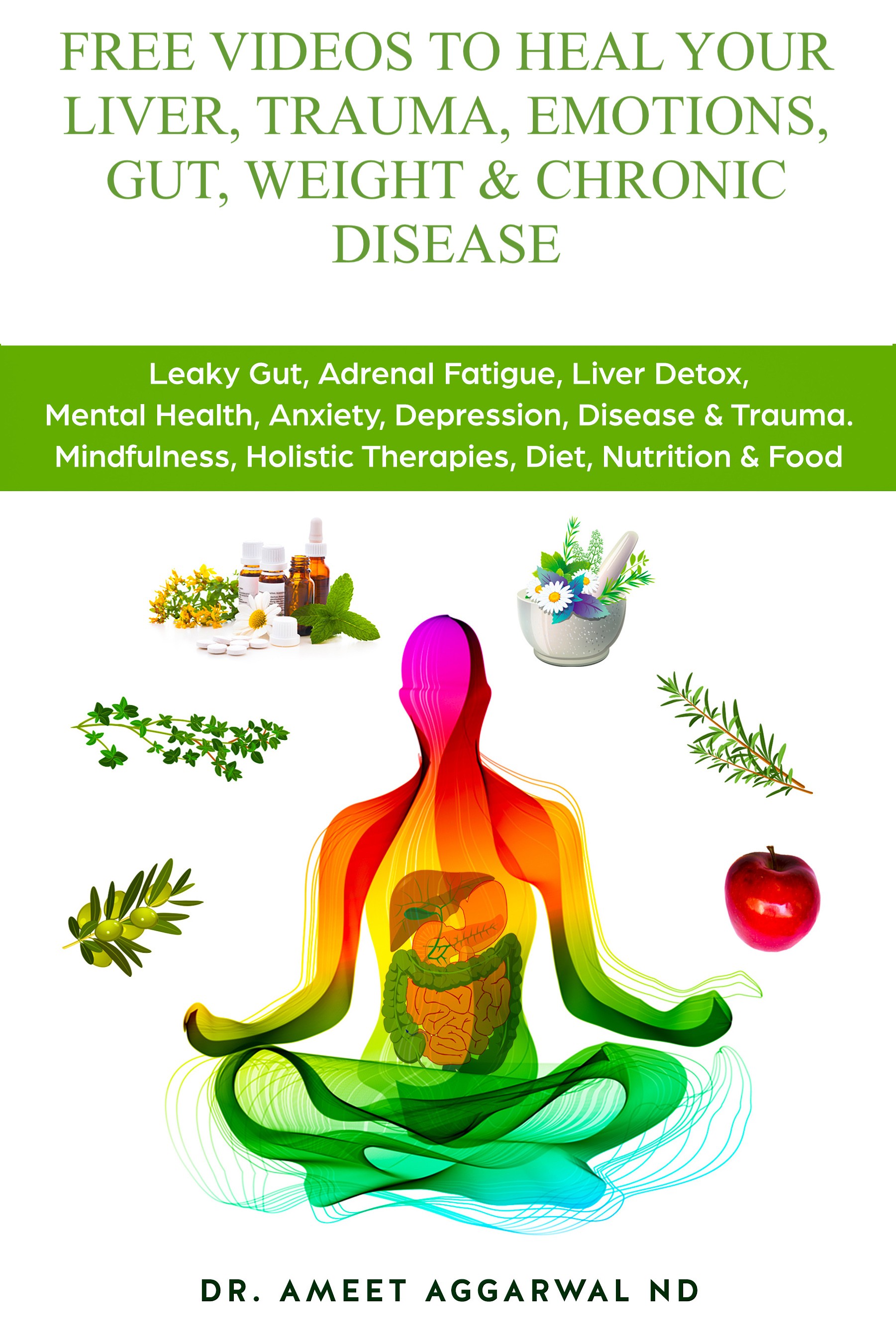 HEAL YOUR MIND & BODY TOGETHER

Get Your Free eBook & Videos

You're safe with me. I'll never spam you or sell your contact info.

Enter your details below to join the challenge.